Who is Your Neighbor? Who Decides?

Immigration has become one of the most difficult issues facing people throughout Europe and North America. And congregations are on the front lines in many ways. Whether offering services to immigrants and refugees once they arrive or protecting those facing deportation, being involved with these neighbors also brings congregations into conversation with a larger public and with legal authorities. 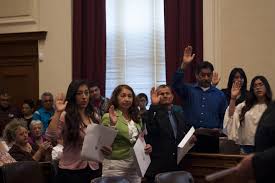 Governmental agencies are a part of the community ecology that is invisible most of the time to most religious leaders – but they shouldn’t be. There are, of course, building inspections and financial regulations. And when congregations choose to become part of the social safety net, they almost inevitably interact with local welfare agencies.

Choosing to provide sanctuary to an immigrant under threat is another matter. Each community of faith will need to know what its local laws allow, what its own theology and commitments call for, and what resources are at hand.

All of that is now on vivid display at Bethel Church, a small Protestant congregation in The Hague, in The Netherlands.  Because they wish to protect an Armenian refugee family from deportation – and because Dutch law forbids police officers from entering places of worship during services – Bethel has been conducting round-the-clock services for more than a month. 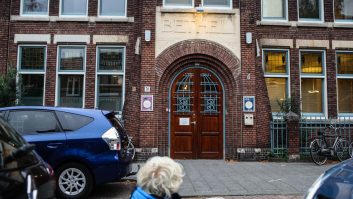 That’s not easy. In addition to assembling the resources to safely house this family, they also needed people to lead the services.  With the help of the General Council of Protestant Ministers, they have signed up more than 300 volunteer clergy who rotate duties. Meanwhile, they are also filing petitions with the government and talking to the press.

None of that was probably on the congregation’s previous list of available assets, but their experience can provide an example for other congregations considering such a mission. They said yes because this was something in keeping with their theological commitment to hospitality; and then they discovered resources they didn’t know they had.

Support in the US often comes from local coalitions that are part of the ”New Sanctuary Movement.” But don’t forget that denominational organizations are part of the picture, too. Bethel’s connections to their Dutch Council of Ministers was crucial. In the U.S., the Presbyterian Church USA is among those providing excellent guidance for churches considering providing sanctuary. Among their cautions – talk to an attorney.  Across the Atlantic, the Conference of European Churches has a strong theological statement about why this work is important.

Being a neighbor in these difficult times requires faith communities who are willing to count the cost. When they do, they just may find that the resources at hand are more than sufficient. 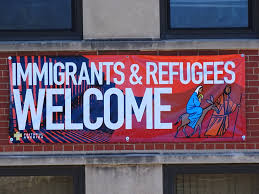